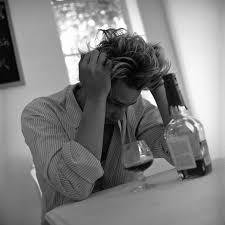 Individuals who have trouble quitting alcohol on their own would benefit from rehab.

Those who abuse alcohol are drinking an excessive amount in spite of the negative consequences it brings to the drinker. The amount of alcohol these people drink interferes with their personal relationships, but these people decide to take the drink anyway. Furthermore, the fact that they need to drink may prevent them from doing things that they would rather do.

Those abusing alcohol may even drink to the detriment of their legal well-being. For example, anyone who decides to continue drinking after receiving a DUI is probably someone who is an abuser of alcohol.

Who are the addicted? Everything listed above about alcohol abusers will be true of those who are addicted to alcohol, but the addicted will present even more symptoms. Those addicted tend to drink only one type of alcoholic beverage. They also limit their social interactions to the times when they know that alcohol will be present. They will need to increase the amount of alcohol they drink if they want to continue to feel the effects they felt in the past. They will have difficulties refraining from drinking because of the uncomfortable physical symptoms they experience.

Further clues include the need to drink alcohol only because they want to relieve the symptoms of withdrawal and to relieve cravings. They are aware that they have this need to drink, but they may not admit it to themselves or anyone who tries to discuss it with them. If they do succeed in quitting drinking alcohol, they find it to be extremely difficult and return to their former habits.

The Need for Alcohol Rehab

As has been illuminated above, people who are addicted to alcohol can find it impossible to refrain from drinking on their own. When they try to do this, they experience uncomfortable withdrawal symptoms, such as anxiety, shakiness, feelings of irritability or depression, emotional disturbances, confusion, nightmares and tiredness. Those who would be most vulnerable to experiencing these symptoms are those who have been drinking for a long time, have been drinking on a fairly frequent basis or drink heavily.

The Benefits of Alcohol Rehab

Alcohol rehab serves a very important purpose in that it helps those addicted to alcohol to navigate through the uncomfortable withdrawal symptoms without resorting to drinking. If the symptoms are mild, the rehab center will ensure that the addicted person has the type of diet required to manage the symptoms. Sometimes, people need to take medication, and they can receive this in rehab from the physicians that are on duty.

The first thing that alcohol rehab sets out to accomplish is the removal of toxins left behind in the body. A combination of medication and diet is often used to gradually release the harmful substances. The addicted will also need to agree to attend therapy sessions that help them understand what caused them to drink. Rehab centers offer several types of therapy for this purpose, including individual, group and behavioral counseling. After the treatment is over, there may be some form of follow-up care.