According to the NIAAA or National Institute of Alcohol Abuse and Alcoholism, 18 million individuals in the U.S. can be classified as alcoholics. According to the CDC 59 percent of men are regular drinkers compared to 43 percent of women who drink alcohol on a regular basis. 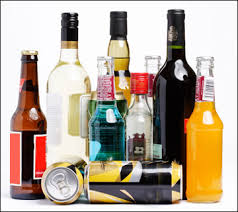 Many Americans abuse alcohol, and many individuals can be considered addicted.

Not everyone’s addiction to alcohol is the same. There are functioning alcoholics who can get up most every morning, go to work and handle certain responsibilities. There are alcoholics whose only desire is the next drink and have no idea how to handle any situation that doesn’t involve alcohol. There are binge alcoholics who abstain for days or weeks, maybe even months and then go on a week or month long binge. One thing all alcoholics have in common is they can’t, not drink. Alcoholics have a hard time keeping promises mainly because they don’t remember them, but also because priorities are confused.

For decades there has been a debate on alcoholism as an illness and if it is genetic. Studies found on the website for The NIAAA reports that genetics is responsible for 50 percent of the risk of alcoholism. Children of alcoholics are four times more likely to develop alcoholism, yet 50 percent of children from alcoholic homes do not become alcoholics themselves.

Excessive use of alcohol can plague your body with a multitude of illnesses. The following is a partial list taken from the NIAAA’s website:

• Alcohol changes your mood and behavior by interfering with your brain’s communication pathways
• Heart problems such as Cardiomyopathy, heart arrhythmia, high blood pressure and even stroke can be cause by prolonged alcohol use
• Liver diseases such as Steatosis or fatty liver, alcoholic hepatitis, Cirrhosis and Fibrosis are exacerbated by alcohol abuse
• Excessive and prolonged alcohol use increases your chance of Pancreatitis, pneumonia, tuberculosis and cancers that can invade your mouth, throat, esophagus, liver and breasts.

One study released by the CDC showed that alcohol poisoning, an over-consumption of alcohol in a short time period, kills 79,000 Americans each year. 24,000 Americans die each year from other alcohol related fatalities.

Alcoholism is not curable, but it is manageable with help. Rehabilitation centers provide assistance to get through the physical withdrawal symptoms of alcoholism. Withdrawal symptoms may include shakiness, sweats, irritability, anxiety, fatigue, nausea, depression, headaches, insomnia, nightmares and decreased appetite. Programs like Alcoholics Anonymous help the recovering alcoholic get through each day thereafter by providing group meetings, a twelve step program and sponsors who offer one on one support.